In a barbaric incident, three girls-who were in teens-were brutally tied up to a wall post in public and thrashed.
https://mail.andhrawishesh.com/ 11 Dec, 2012 11 Dec, 2012 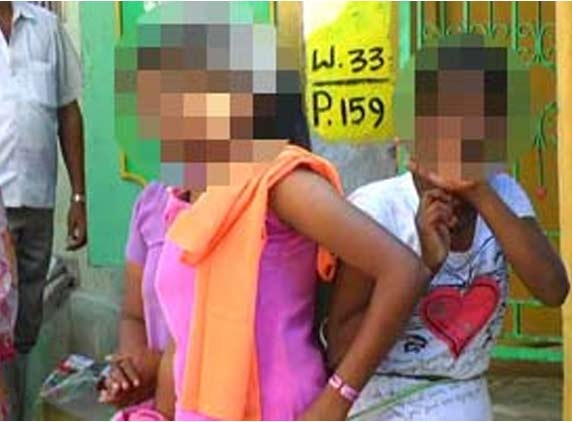 In a barbaric incident, three girls-who were in teens-were brutally tied up to a wall post in public and thrashed. The reason for this horrific treatment is the suspicion. Yes, locals there believed that these three girls had stolen Rs. 1000 from a textile shop.  According to the police, three girls recently visited a textiles shops and asked for their dresses, which they claimed they gave for stitching to owner's wife. Since they demanded their clothes, the textile show owner reportedly went home to enquire with this wife.

After the owner returned, the girls were missing and even Rs.1000 in his cash box. Owner reportedly didn't file a police complaint since it was a small amount. But then he had this grudge against girls otherwise he would have made them face such a horrific treatment when they were spotted on Tuesday morning. The police rescued the girls when they got information the way these girls were tied up to lamp post and beaten.

The textile owner not only took law into his hands but insulted the entire womanhood. Don't you think he is fit to sit behind bars?