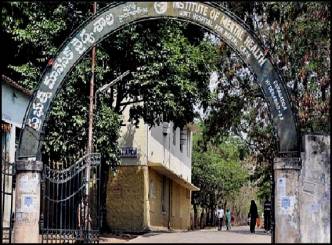 The incident of 15 mental patients running from the Mental Hospital in Erragadda Hyderabad occurred at midnight last. The patients reportedly used oxygen cylinder to break the walls of the hospital to run out of the hospital and to breathe the air of freedom. As the patients are mentally unstable, the authorities are worried about the safety of the patients and the civilians. -SriJa

Unauthorised Hookah parlors in Hyderabad were raided last night by the police. The raids were conducted jointly by the West Zone police and Banjara Hills police.  They arrested 30 men and women in such raid on a hookah parlor at Road No.10, Banjara Hills on Sunday night. The centers are alluring youth by drowning them in a dream world to which minors are also getting addicted. Although there is no specific law to book them, section 21 and 76 of City Police Act are invoked that prescribes a punishment of imprisonment for 3 months and a fine of Rs.100/-. But, an advocate says, they are getting away with an imprisonment for a day or two.  Police consider the laws related to cigarette and tobacco products but even those laws do not allow sever punishments. Police are also Section 41 and 102 of Criminal Procedure Code to seize the articles in the Hookah Centers so that the activity at least will come to a halt with that at that center. -SriJa 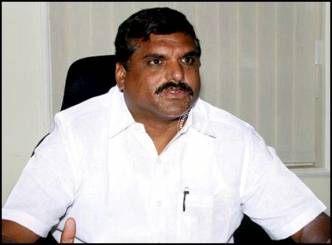 The family members of the victims in the Volvo bus inferno at Palem in Mahaboobnagar district went to the Ministers' residence and tried to attack the Transport Minister and PCC President Botsa Satyanarayana's residence.  When they were stopped in their attempt by the police high tension prevailed at the scene. A scuffle went on between the police and the protesters who demanded payment of compensation and action against the bus owners responsible for the loss. Expressing their anguish for the Government’s inability to arrest any person so far they said that the culprits are moving free and their beloved were charred to death beyond recognition in the horrified incident of Volvo bus catching fire due to driver’s negligence which was confirmed by the investigating authorities. The incident took place on October 30 in which 44 passengers were burnt and they were so disfigured that their relatives could not recognize them to claim the bodies.  DNA tests were to be conducted to recognize them and hand over the bodies to their respective relatives. -SriJa

After the horrified incident at Bangalore ATM in which a woman was brutally attacked the city police is alarmed and wanted to beef up the security measures at the ATMs. Hyderabad City Police Commissioner Anurag Sharma had a meeting with the representatives from the Government and private Banks today in his office. He suggested that CC cameras and security alarms are necessarily be installed in all the ATMs. Officers of the Banks attended the meeting expressed their opinion in the issue. A number of ATMs were closed at Bangalore on Monday and Tuesday that are not complying with the security measures suggested by the Bangalore police. A suggestion is found on the circulation on the social network in this matter which is appended here. When a thief forced you to take money from the ATM, do not argue or resist, you might not know what he or she might do to you. What you should do is to punch your PIN in the reverse... Eg: If your PIN is 1234, you punch 4321. The moment you punch in the reverse, the money will come out, but will be stuck into the machine half way out and it will alert the police without the notice of the thief. Every ATM has it; It is specially made to signify danger and help. Not everyone is aware of this. SHARE THIS TO ALL YOUR FRIENDS -SriJa 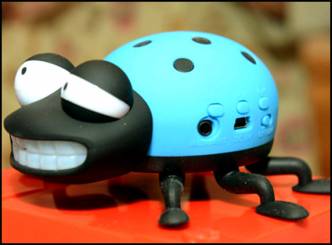 An Expo at Taj Krishna displaying speakers in different shapes of different species are attractive in their color combinations and shapes. The speakers just like normal speakers are available with a provision to play with the help of a pen drive or a cell phone memory card to hear music. -SriJa 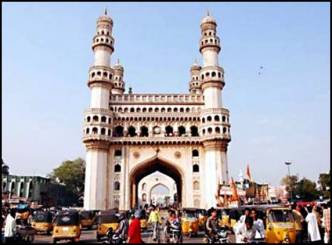 An international conference is on the schedule in October 2014 to discuss on the changes that take place in the Metropolitan Cities worldwide and to take decisions to solve them.  Hyderabad is going to host the conference in which 2000 representatives from all the countries will attend and the arrangements are looked after by GHMC. Recently GHMC Commissioner Somesh Kumar and other officers visited Metropolitan city Barcelona in Spain in their foreign tour. The conference will take place from 7th to 10 October 2014 with the participation of State and Central Government and sponsors in organizing it. -SriJa 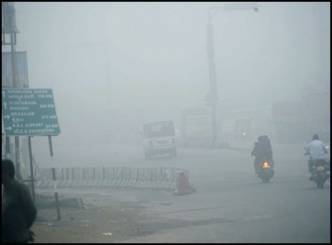 Winter fog made it difficult in the morning to travel on the roads of Hyderabad. Photos showing traffic at Khairatabad, Jublihills, LB Nagar, Sagar Ring Road can be seen. Vehicles had to use headlights in the fog as the visibility became poor even at 7.30 am. -SriJa 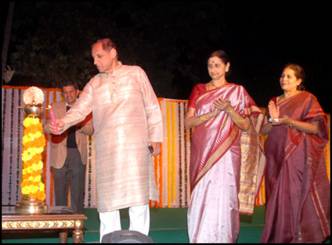 The Governor's Chief Secretary Ramesh Kumar said that the Governor is encouraging and supporting the employees in all aspects. A cultural program is held at Rajbhavan today in which the children of Officers and Staff working in Rajbhavan have participated actively and with excitement. The program was inaugurated by the Governor ESL Narasimhan by lighting the lamp. Children with fancy dress and made up like deities and like fruits and vegetable made the program colorful. Children also presented patriotic song and dance event. Magician Samala Venu’s show was enjoyed by the children with cheers renting the air. -SriJa

The Archeological Department in State started exhibition of the paintings of old monuments in the State museum in Public Gardens Hyderabad. The Exhibition of old forts of kings, natural scenic beauty and bridges constructed in olden times are attracting the visitors. The organizers said that the exhibition will continue till 25th. It is open to general public between 10.00 and 5.00 pm.  Entry is free of any cost to all. Archeology Department Director Srinivas said that it is a rare opportunity to view the old marvel of architecture with aesthetic beauty with the background of rich Nature. {besps}stories/slideshow/OldMonumentsPaintingExhibition{/besps} -SriJa 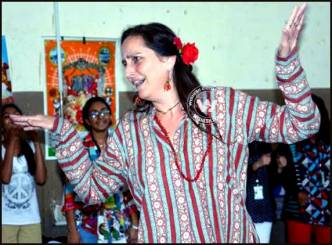 Co-founder of Junoon Theater Sanjana Kapoor conducted a workshop on theater on the occasion of International Children Film Festival. It was a unique play with words in the workshop conducted for 35 students from different parts of the country participated in the workshop.  Random words are given to the participants.  The words do not have any relation with each other. The participants are asked to use those words and come up with a plot and enact it. Sanjana Kapoor says that an actor should be vigilant to the surroundings and should be ready to deal with a situation that may suddenly arise on the stage. She says that the theater performance will be taught to the children in interactive environment. The training will be in the expressions, pronunciation with clarity, imagination, negotiation and observation. The students participating in the workshop are enjoying the new aspects of the theater they are learning and say that the points learned here will be useful for them in the plays they participate at their schools. -SriJa

Radio receivers made with cool drink tins and coffee cups are attracting Hyderabadis. The radio receivers in those odd shapes are also fitted with earphones and an USB for the comfort of hearing and charging. The new radios are attracting youth and children. It is like holding a cup of tea or cool drink but it actually will be hearing to a radio stations’ broadcasting. Hyderabad city people are accustomed to hearing radio when they travel in the buses or local trains but through their cell phones. Compared to the cell phones, these shapes are cumbersome to hold all the time in the buses but a new thing always attracts. We do not know how long it will last but it is attractive at present. -SriJa 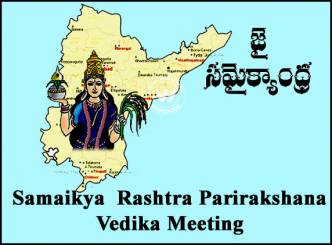 Samaikya Rashtra Parirakshana Vedika conducted public meeting at Ashoka Gardens at Mehadipatnam as planned earlier with 500 members of the association which was registered recently. Samaikya Vedika Hyderabad President PVV Satyanarayana commented that the Seemandhra Ministers proved more dangerous than the leades pressing for bifurcation.  APNGOs said that the second phase of the activity of the samaikyandhra will be announced on 24th. Some pro Telangana activists reached the venue of the Samaikya Vedika to disturb the meeting but the police stopped their attempt and shifted them from that place though initially it gave room to commotion. -SriJa

Telangana Cabinet's no for Night Curfew and Lockdown:- The Omicron variant is on a widespread…

Telangana government's crucial decisions on Night Curfews:- The rise of the new cases of the…

RRR makers considering a new Release Date:- RRR happens to be the biggest ever Indian…

Power of Ghani: Varun Tej shines as a Boxer

Nani's Dasara to portray him in Negative Role

Nani's Dasara to portray him in Negative Role:- Natural Star Nani is one of the…