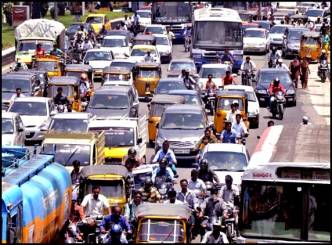 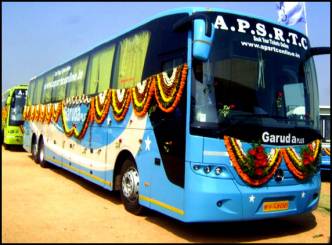 APSRTC is going about the profit making plans.  It is going to start Tour Package from the New Year beginning. The tour package plan will operate daily and also on special weekend programs.  The bookings can be made through APSRTC Call centers. A sum of Hundreds of crores of rupees was lost by APSRTC in the Seemandhra strike during August and September 2013, The financial losses have been crippling the Corporation for the last few years in which there were no strikes.  Always the loss shown in the budget proposals by APSRTC were exceeded. The management of APSRTC hopes that now the programs taken up may compete with the private operators and will be able to share some market from them to decrease the losses of RTC. -SriJa 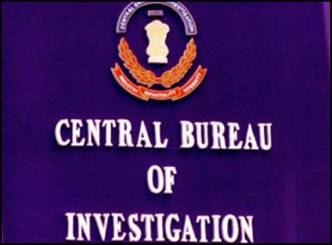 Musaddilal Bhagwat Swaroop Jewelers proprietor Sukhesh Gupta is called by CBI for questioning at Koti Office of CBI. A case of cheating the Central Government’s Minerals and Metals Corporation (MMTC) for Rs.180 crore was charged by CBI in 2012. CBI is recording the statement of Sukhesh Gupta, the proprietor of MBS Jewelers.  There is every chance as it looks at present that Sukhesh Gupta may be arrested. -SriJa 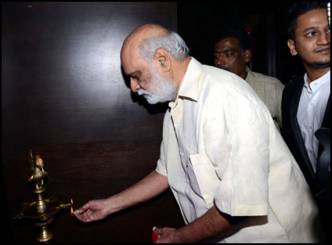 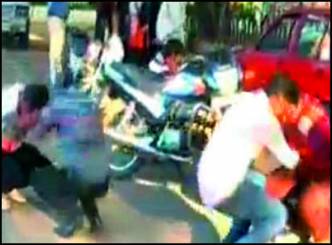 The West Zone Police Deputy Commissioner of Police Satyanarayna got furious on hearing the news of punishing the students in the name of counseling. He ordered Asifnagar ACP Vinod Kumar to make an inquiry on the incident and report him back. Students in Golconda Garden were asked to do sit ups with holding ears with cross hands.  The whole incident video recorded by someone uploaded on the U tube which is making the police authorities mad about the incident. The DCP assured that the police personnel responsible for it will be punished. -SriJa 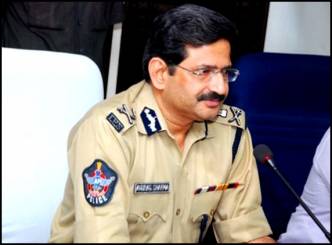 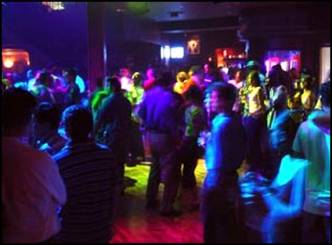 The Over the Moon pub housed in a famous Hotel at Madhapur Hyderabad was raided by the police.  As the pub was running after midnight on Friday, the police sprang in to action. By the time police reached the pub the person running it ran away from the scene to avoid arrest.  Two staff members of the pub were arrested by the police. The police informed that the pub was keeping it open till midnight violating the rules. About 200 customers were found including some foreign customers.  Some of them were consuming liquor. The police said that they will take stern action on the organizers. -SriJa 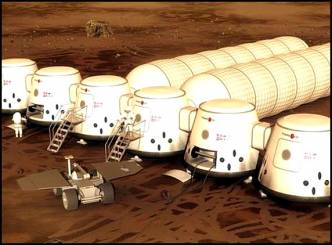 The Mars settlers interested in one way travel to Mars reached 202586 from all over the world.  Out of them about 20000 are Indians. The State of Andhra Pradesh accounts for 150 breakup of which is 65 from Hyderabad and 75 from Seemandhra. The Mars One foundation has closed its first round of receiving applications from the interested persons in the mission. Now the Selection Committee of the Mars One will select the individuals out of the applications. The selection will be completed by 2015 and a training will imparted to them for seven years. The mission is planning for 2023 to send the Mars settlers from the earth out of the selected and trained individuals. Before sending the individuals the Mars One Foundation is also planning to send an unmanned Mars ship with a Robotic Lander and a communication satellite. It is good to know that Telugu people/Hyderabadis are not lagging behind in participating in the adventurous proposal in which no guarantees are made for anything.  Return journey is not at all possible. -SriJa 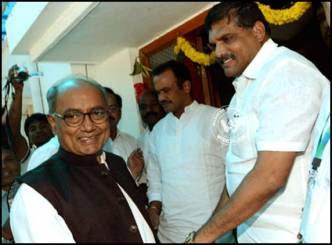 The AICC Chief Secretary and Congress party's in charge for the State affairs Digvijay Singh visited the PCC President Botsa Satyanarayana's residence in Ministers' Residential Area at Hyderabad. Digvijay Singh inquired about the health of Botsa Satyanarayana who has fallen sick recently that was the main reason for his visit.  After that, they discussed on the current situation in the State. -SriJa 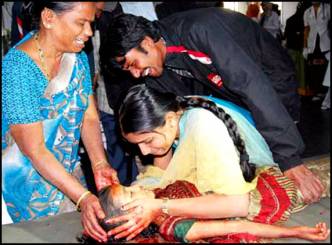 A mentally disturbed person killed a girl on platform No.10 in Secunderabad railway station at 12.00 pm on Tuesday. The girl was accompanied by her grandmother and father going to attend a marriage of their relatives at Sholapur. The incident happened when the girl’s father went to get tickets. A 21 years person Kola Karan Kumar an unknown person to them started playing with the girl first and all of a sudden took out a sharp object to injure the girl. As Kumar stabbed her many times the girl screamed with pain. Railway police and passengers rushed to the spot and thrashed the culprit whom the police later told was a mentally disturbed person. Kumar who is studying BA 2nd year SRS College in Puttur was depressed due to the taunting friends.  His friends used to say that his girl friend is having HIV. The victim Priyadarsini was daughter of Srinivas and Sonu living at Gangaputra Colony, Musheerabad. -SriJa 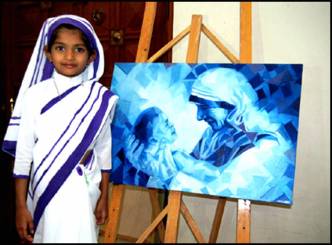 A stage play 'Mother' based on the incidents gathered from the life history of Mother Teresa was staged at Shilpa Kala Vedika, Madapur Hyderabad on Monday night. The play was very interesting and captivating throughout.  Balashouri directed the play in which Mother Teresa’s service minded actions were depicted. All actors contributed very well to the success of the play which has thoroughly enthralled the audience during the length of the play.  The settings, dialogue delivery and the depth shown in the subject was superb. It is a good attempt to fill the hearts of the audience with love, compassion and concern towards fellow companions unlike the plays that depict villainy, violence and political games that make a negative impression on the audience.  Although the plays are shown that ultimately the truth will prevail and good wins over the bad, the last part of good will be negligibly small compared to the full length bad. The organizers of the play were praised and their effort was appreciated by all that attended the event. -SriJa 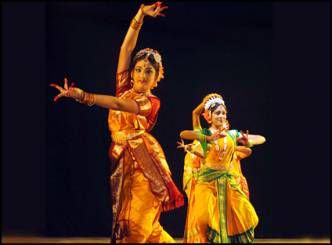 The three days dance festival as "Nupuraravam" at Ravindra Bharathi organized by Lasykalpa Foundation for Fine Arts, Habsiguda was concluded on Tuesday. Srirama Kathasaram exhibited on the last day of the festival attracted the audience most.  In the ballot by the group of Pasumarthi Ramalinga Sastry, Rama’s greatness was depicted very well. Kuchipudi dances by Srilakshmi Govardhanam were enthralling. Dance masters DSV Sastry and dancers Kathyayani Thota and Sahiti Reddy supervised the dance presentations. -SriJa

KTR super confident on bringing investments for Telangana:- Telangana IT Minister KTR left for the…

KCR to tour across Telangana

Rahul Gandhi announces a nationwide yatra from October 2nd:- Congress is currently in its worst…

NTR's 30th film Announced:- Young Tiger NTR is on a break after he is done…

Thaman in talks for Prabhas' Next?:- Rebelstar Prabhas tasted the biggest ever debacle in his…