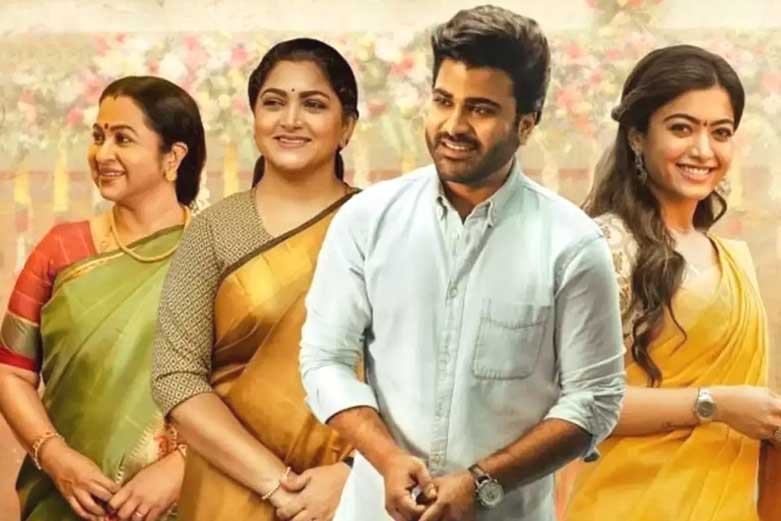 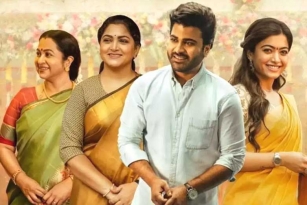 Vennela Kishore's entertainment works big time for the film. The entire second half of Aadavallu Meeku Joharlu is focused on Chiranjeevi's family members trying hard to convince Vakula. Some of the conversations in the second half are well written and presented. Rather than the family audience, women crowds will love the film better. Sharwanand and Rashmika's chemistry is sparkling and Sharwanand impresses the audience in a tailor-made role offered. His role has resemblances of the role the actor played in Shatamanam Bhavathi. The climax ends up on a predictable and positive note.

Sharwanand who has been struggling for success since the past three years delivers his best as Chiranjeevi. His role has resemblances of the role the actor played in Shatamanam Bhavathi. His chemistry with Rashmika is sparkling on screen and they looked good together in the songs. The film has a bunch of actors like Radhika, Khushbu, Urvashi and Jhansi. All the actors played their parts well and their roles are well balanced. Vennela Kishore and Satya generated enough smiles in the film. All the other actors are good in their supporting roles offered.

Aadavallu Meeku Joharlu has a lean and predictable plot. The screenplay is ok and the dialogues are good throughout. Kishore Tirumala should have worked more on the script to make it a gripping and interesting watch. The film's pace too looks slower. The music by Devi Sri Prasad is ok and the songs are shot well. The production values and the emotional episodes are the major highlights of the film apart from the lead actors Sharwanand and Rashmika Mandanna. The cinematography work is decent and the editing should have been better. It is a mixed set of reactions for Kishore Tirumala's work as it is not completely convincing.

Aadavallu Meeku Joharlu is a mixed watch as it has some impressive moments followed by dull and boring attempts. It would be an ok watch for the family crowds.