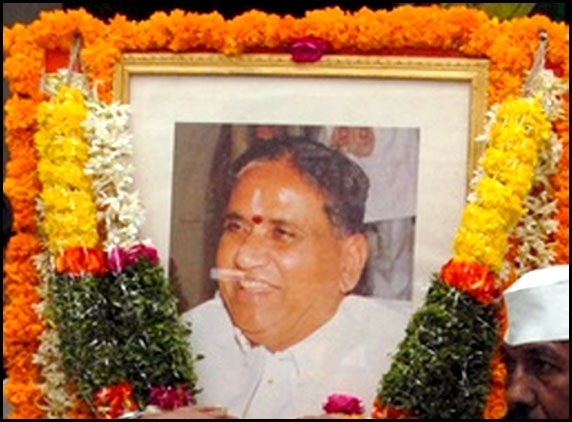 He was born in Chevella on 13th January 1919 and died on December 2, 1996 at Chennai serving as Governor of Tamil Nadu.  He also served as Governor for Uttar Pradesh, Punjab and Rajasthan earlier.

Dr.Marri Chenna Reddy served as 6th and 11th Chief Minister of Andhra Pradesh.  He was a medical doctor by educational qualification obtaining MBBS degree in 1941.

His son Marri Sasidhara Reddy and other leaders of the Congress party paid homage to Chenna Reddy at his photo placed for the purpose in Gandhi Bhawan today.