The Havelock Bridge on River Godavari connecting Kovvuru and Rajahmundry which served the Railways for over a Century is standing as a historical monument on the river.
https://mail.andhrawishesh.com/ 18 Jun, 2013 18 Jun, 2013 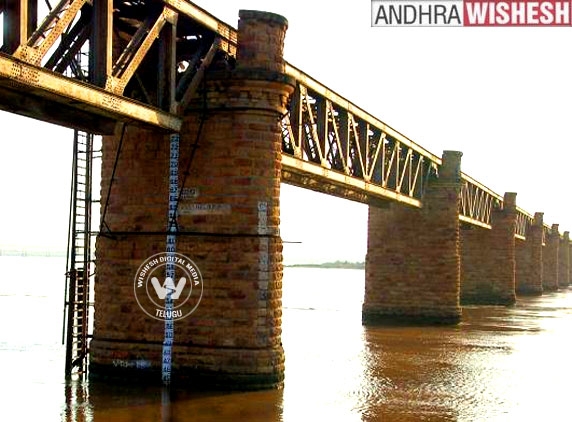 The Havelock Bridge on River Godavari connecting Kovvuru and Rajahmundry which served the Railways for over a Century is standing as a historical monument on the river.  The Bridge was abandoned as it crossed its expiry date.  But the bridge stands high as pride of Rajahmundry that brings nostalgic old memories to the elderly people.

Some NGOs and historians and intellectual groups started agitating at the news of scrapping the bridge that came to the surface again.

The bridge as it is not serving any purpose as per the Railway authorities; it is proposed to be sold in auction as scrap.  Although the talk was going on for the last so many years, the recent announcement of the General Manager of South Central Railways as he communicated the same through the local MLA made the feelings of the people hurt of not only Rajahmundry but also East and West Godavari Districts.