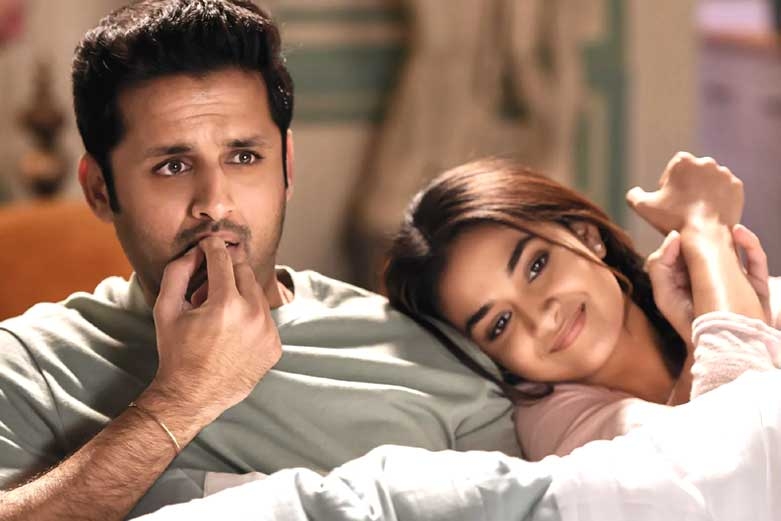 Rang De is the story of two friends Arjun (Nithiin) and Anu (Keerthy Suresh) who fight for everything. Arjun's father (Naresh) compares the academics and Anu tops the race. Arjun plans to lead the race and an unexpected twist forces Anu and Arjun to get married. They start their higher education in Dubai and the rest of the Rang De is all about the emotional bonding between the newly wed couple. Watch Rang De to know about the real story. 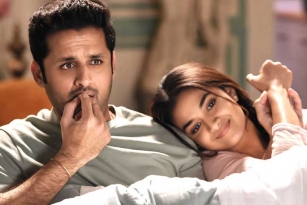 Rang De banks heavily on entertainment and it offers nothing new with the plot. The Telugu audience will remind of Nuvve Kavali, Anandam and similar films. Rang De falls in such genre. The entertainment looks good and the first half is passable with beautiful songs though they are not melodious. PC Sreeram's cinematography work is the major highlight of Rang De. The first half of Rang De is thoroughly entertaining with a simple twist in the interval.

Rang De is a romantic entertainer that happens between the lead actors Arjun and Anu. Nithiin is flawless in the role of Arjun and he has done several similar roles in his career. The actor is good with his entertaining role. Keerthy Suresh steals the show and she is hilarious throughout. In the emotional roles, she is a treat to watch. Abhinav is top class with his comic timing and Suhas is decent. Vennela Kishore entertains with his role in the second half. Naresh and others delivered out their best for Rang De.

Rang De has a sleek plot that offers nothing new. The screenplay is laced with entertainment. The dialogues are decent and the emotional episodes are not penned well. PC Sreeram's cinematography work makes Rang De a colorful attempt. Thanks to Sithara Entertainments for the grand production values. Devi Sri Prasad's music is pretty average but he delivers a decent background score. Venky Atluri fails to live up to the expectations once again through Rang De.

Rang De has a decent first half but the predictable, emotionless second half spoils the film. Nithiin and Keerthy Suresh are extremely good as Arjun and Anu.