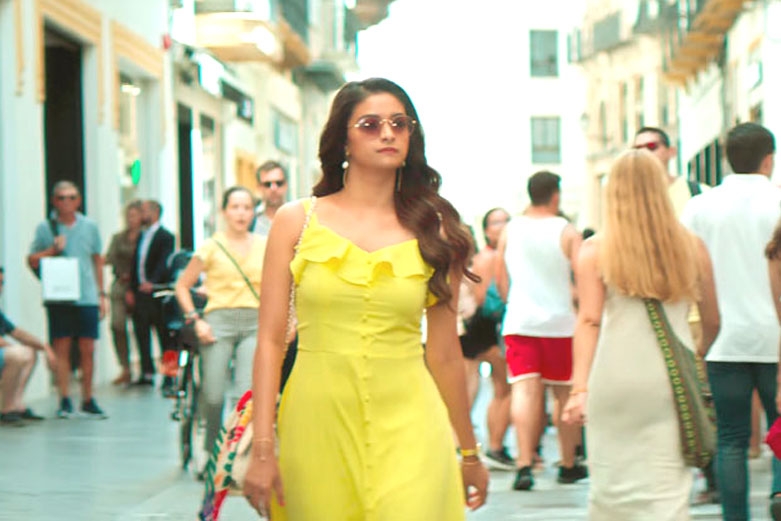 Manasa Samyuktha (Keerthy Suresh) comes from a middle-class family from a remote village in Visakhapatnam district. She shares a great bonding with her grandfather Viswanadha Sastry who is an ayurvedic doctor and uses tea to cure several diseases. He is an inspiration for Manasa but the family problems turn a barrier for her as she grows up. Her dream of turning an entrepreneur. Her family soon shifts to USA and Manasa completes MBA after which she floats her own business. When coffee is quite popular in USA, Manasa sets new benchmarks with her tea business. The rest of Miss India is about the obstacles she faces and what happens next. 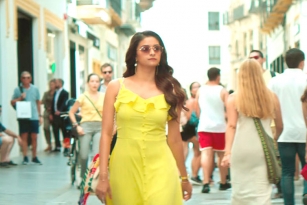 The first half of Miss India starts on a dull note and looks so dragged. The first half an hour of the film offers nothing and once we are into the story, the interval approaches. The interval episodes are shot well but the first half of the film offers nothing much. Keerthy Suresh along with the lead actors does their parts well. The background score by Thaman and the production values are the only assets. With the interval twist, one expects a gripping and content-driven second half.

The second half of Miss India is a total mess and is a huge disappointment. The film lacks gripping narration and miracles happen in minutes. After a song, Manasa turns rich and becomes a top entrepreneur. A multi-millionaire businessman loses his assets in no time. The climax episodes too are not convincing. Except for the production values and Thaman's convincing background score, Miss India's second half is a complete disappointment.

Keerthy Suresh scores big in the role of Manasa Samyuktha and looks stunning on screen. She delivers her best in the role though it has enough number of flaws. The lean look and her screen presence are the assets. Jagapathi Babu gets a challenging role but the poor writing makes his role fall flat. But the actor never disappoints with her performance and stylish looks. Rajendra Prasad, Nadiya and Naresh have interesting roles but their screen presence is restricted. Naveen Chandra and Kamal Kamaraju do their parts well. All the other actors have been good with their performances.

Miss India is good as a concept to hear but with the addition of the screenplay and the dialogues, the film is a total disappointment. The most important part of the film in the second half falls flat because of the poor narration. The production values are the major asset of Miss India and Thaman's background score sounds good. The editing should have been better and the cinematography work is good. Debutant Narendra Nath disappoints the audience big time with his poor narration.

Record Deal For F3 Digital Rights:- Talented director Anil Ravipudi is racing to the top with back to back hits…

Supreme Court Implements a Stay on the Three Farm Laws:- The Indian farmers are protesting indefinitely against the newly introduced…

Donald Trump Issues Emergency Declaration In Washington DC:- Donald Trump, the President of USA has issued an emergency declaration for…